In 1887, Winthrop Ingersoll, a young mechanical engineer, became part owner of a milling machine company in Cleveland, Ohio. He assumed control of the company in 1890, changing it's name to Ingersoll Milling Machine Company. In 1891, Ingersoll relocated to Rockford, Illinois, one of the country’s burgeoning new industrial centers. Ingersoll’s first Rockford plant, which employed 19 people, cost $12,000.

Ingersoll creates the worlds largest Milling Machine for General Electric. It weighs 400,000 lbs and represented a major accomplishment for such a young upstart company 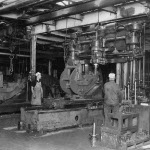 Bouyed by a rapidly expanding automotive industry Ingersoll begins a rapid expansion of facilities and workforce. In 1916 Ingersoll marks it's first year of sales over $1,000,000. There are nearly 600 employees on the payroll by the end of World War 1. 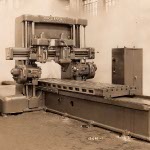 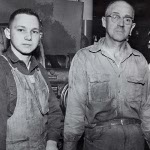 Continuing to Innovate Through the Depression

The Great Depression didn't slow Ingersoll down. In 1935 Ingersoll builds one of the first machines to automatically transfer engine blocks from one machining station to another.

Ingersoll Cutting Tool division is sold to IMC one of the world's largest metalworking companies. 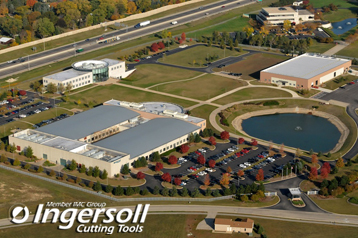 Ingersoll in the 21st Century